Biography
Born in 1979, Poland; Being a visual artist I am interesting how meaning is produced in particular pictures or set of them whithin time. And how this meaning might be broken.

Conventions in western art favor portraits
that position the face slightly off-center
to avoid disturbing symmetrical
compositions, 1:33, 2016
Carbon dioxide from burning fuels causes global warming, a process capable of changing the world's climate significantly. The amount of carbon dioxide in the atmosphere has increased steadily over the past 150 years, and so has the average global temperature. 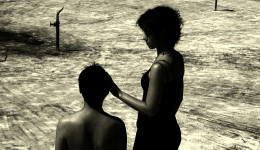 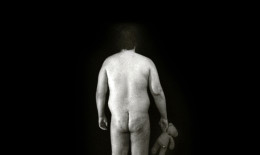 Ecstasy of St. Agnes, 20' 30", 2010
Two women, appearing to be identical twins slowly enter a blank white space. One of them speaks: Everything is repeated. Everything is repetitive. This sets the scene for the poetic journey that is The Ecstasy of St Agnes. Referencing the virgin martyr, Agnes of Rome, Polish film-maker Slawomir Milewski gives a contemporary twist to the concept of ecstasy. Through the repetition of simple acts and phrases, Milewski explores the complexities of human emotions – love, desire, loneliness.
-JK Russ, Off the Strip - New Gender Festival, Las Vegas, NV