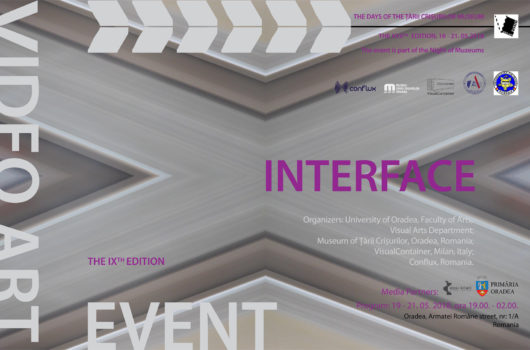 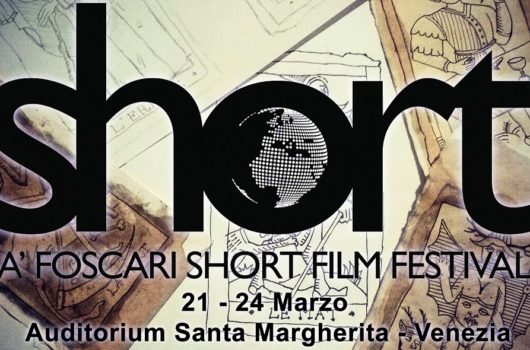 Also for this year’s edition of the Short Film Festival The Suspended Glance video art program may count on the collaboration of Alessandra Arnò, co-founder of Visualcontainer Italian Videoart Plaftorm and director of VisualcontainerTV, and will present a selection of videos with a narrative approach closer to the filmic and “imaginary” concept.
It is almost like re-visiting the most important moments of the history of cinema. There is an outstanding continuity between past and present, it is incredible to observe how the narrative elements are combined in a way that makes them the same but at the same time different.
From the split screen to the reinvention of the “coming soon” or trailers, to the nightly sequence, a fragment of life that becomes exemplary, to the great care for the technique, but above all the unavoidable connection with the audio, shows how the video artist can also draw inspiration from the past with the intention of interpreting the present. Although in a very short time the elements that question, disturb and anguish the contemporary man are made manifest with immediacy, a peculiar characteristic of video art.
Elisabetta Di Sopra

Davies Zambotti, Alla salute! (5:58, 2015)
Polyphonic tale. The liquid that flows free on secondary words. Levels overlap and chase each other, events are justified, canceled, until next time. Until next consumption. Playful seems the time of the memory from which the deafening seed of the present stems. The images speak in the silence of the never pronounced words. The matter of reality. What happens every day, in front of our closed eyes. Deafening the ears, reducing the level of consciousness to a single violent and incomprehensible piece. If this is the offer a la carte, let’s raise the glasses and toast! Alla Salute!

Sonia Armaniaco, no more UPGRADE, (7:57, 2016)
Any nuclear disaster, or test, or use of a weapon, has irreparably damaged countless human lives and the environment, it seems that the main motivation of all this is to blow up the highest and most powerful device. The earliest evidence of the use of poisonous gas in the war dates back to the fifth century BC, during the Peloponnesian War between Athenians and Spartans. We fight only to be like primordial aggressors…

Eleonora Roaro, 00:00:01:00 (2:00, 2016)
Project 00:00:01:00 is an installation of seven video-performances lasting one second each. The title refers to the timecode used in video production and film making, which technically corresponds to hours, minutes, seconds and frames. In each video the artist bursts a balloon with a needle in different prehistoric Cornish sites, thus suggesting the idea of evanescence and fragility. This is a metaphor for geological ages: it has taken humanity many years for our planet to transform itself and grow, and in only one second we are about to destroy everything. This concept is linked to discussions concerning the Anthropocene, the period of time during which human activities have had an environmental impact on the Earth.

Barbara&ale – Barbara Ceriani Basilico & Alessandro Mancassola, The Sky is Fallin, Loop (7:54, 2017)
The Swiss Alps: 2328 metres in altitude -10°C. Wind, snow, clouds and sun. A laid down vibraphone on a frozen lake. Title and setting: we did not say anything else to Elio Marchesini to invite him to be the protagonist of the film. An imaginary motorway through the mountains where the wind runs, which breaks the ice, which draws the snow-clad landscape and where the metal’s vibration converses, disappears and resists the continuous gusts. The whiteout is a visual dysfunction due to the whiteness of the snow and clouds, it is a sensation capable of confusing in a violent way: the sky is falling. All that remains is a lonely person, lost amidst the landscape, who plays a vibraphone and insists on not losing control.

Micol Roubini & Lorenzo Casali, Green Gold, (13:40, 2012)
“Much of what we call natural is not really so, but is actually artificial: since cultivated fields, trees and plants grown and arranged in a certain order, rivers confined within precise boundaries and directed toward a definite course, and other such features, have neither the condition nor the appearance they would have naturally”. (Giacomo Leopardi, In praise of birds) Green Gold is a Finnish expression that refers to forestry, to that treasure considered fundamental for the economic system of the country, constituted by lumber of firs, pines and birches. This video, part of a wider project including also a book and two photographic series, focuses on the complicated bond between the original wilderness of a landscape and human intervention, which deeply manipulates and alters the natural element. This work was conceived in 2011 during the artist’s in-residence period at Svenska Konstskolans i Nykarleby Vänner, Nykarleby, Finland, and later edited in Rotterdam.

Antonello Matarazzo, Your Body is Your Buddha (3:40, 2014)
The understanding of the world is also expressed through the body which preserves the information of the karmic process. The choreography aims at sublimating the gestures of the several animals coming from an ancestral territory in which the self identifies with the identity of other forms of life. A biological metamorphosis that fulfills in an uninterrupted flow marked by the first chronophotographic experiments which E. Muybridge and È. J. Marey had realized using several wildlife species.

Valentina Miorandi, Cross Broadway (5:27, 2009)
The artist acts as an accidental tourist struggling with an unprecedented exploration around the soul of Manhattan. The heart of the metropolis is taken in a single frame, without interruptions, the structure of the film resembles the opening credits of a movie that is about to begin. 42nd street assumes an iconic landscaping status with saturated dazzles, neon is crossed by anonymous human figures. Passers-by, transiting the crossroads, overlap and become “famous” only during the short time of their passage, then vanish and are replaced by other ephemeral “stars”. It is the genius loci of this artificial and abstract no-place, that chooses and determines, during the fleeting transit, the real stars of the show as part of Cross Broadway.
In collaboration with Galleria Boccanera, Trento

Debora Hirsch, Limite (7:17, 2012)
Everyone is familiar with movie trailers, the short marketing video that groups together snippets from a new film’s various scenes to arouse the curiosity of the public before its release. Ignoring the traditional definition and functionality of the format, the artist Debora Hirsch decided to create some ‘posthumous’ trailers of the 1931 film Limite. Limite, from director Mário Peixoto, is often considered the high-water mark in the history of Brazilian cinema, and yet it was never commercially released. Hirsch created not one, but three trailers, each using only the original images and sounds of the film, heralding the fictitious upcoming release of the film. One of the trailers incorporates Hollywood style, another introduces the characters and the basic plot of the film and the third focuses on the director and his thematic intentions.

Visualcontainer Italian videoart distributor promotes and distributes the videoart works listed in its archive for exhibitions, institutional and educational projects and private screening. Visualcontainer also develops curatorial projects and promotes cultural exchanges, publications and art events of the international art/culture circuit. It also provides informational and educational support relevant to the videoart environment through seminars, talks and workshops.
The promotion and popularization of videoart is accomplished also through international exchanges, curatorial and educational events, even in collaboration with festivals, universities, institutions and non-profit organizations operating in Italy and abroad.
The suspended glance 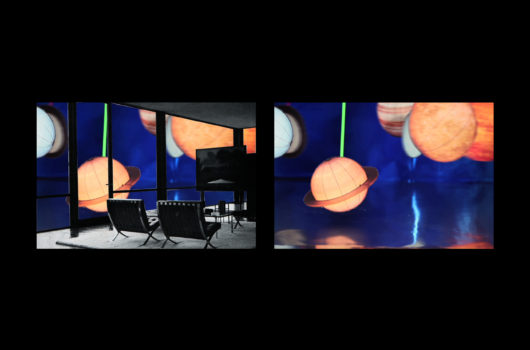 From 6th to 10th december, at Modern and Contemporary Art Gallery Lorenzo Viani in Viareggio, Over The Real presents the most significant lines of research emerged in recent years in the international audiovisual arts. Five days of screenings, workshops, talks, performances and side events.

“It is necessary to take a step back and questioning on the ancient need to see “over” the reality. It is not a matter of seeing an “other” generated reality, as in the case of virtual reality and similar simulation scenarios, but to be allowed to engage in another possibility of real vision where the imaginary and the audiovisual media alter the data imprint – and give it back an imaginary impression, or a thought that manifests itself as an eye-catching interference.
So this is one of the characteristics of experimental audiovisual language that is often in-depth and gives the opportunity to see and experiment with open-minded eyes – and without the mediation of vision apparatus – another version of reality without necessarily isolating it.

Obviously, the potentialities of virtual simulation and virtuality meet this ancient affection towards the fascination of vision in a more fulfilling manner at the sensorial and experiential level, but the visual suggestions of audiovisual experiments investigating the real and unreal relationship between video language are my opinion much more refined and interesting at the intellectual and imaginative level.”
Alessandra Arnò