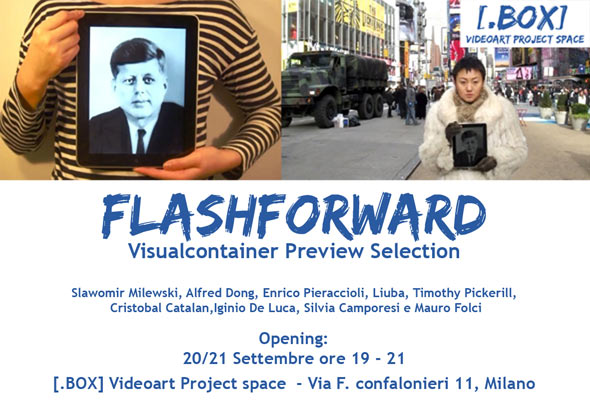 FLASHFORWARD is the project by [.BOX] presenting a preview of the latest video artworks by VisualContainer’s artists and introducing to all the new entries that are going to be promoted and distributed by the Association.

The third event in a series of presentations on a seasonal basis that are showing the new Italian videoart production and the best emerging artists before they are exposed to the international art environment.

Also on show the new or hardly ever presented production by artists who have already been collaborating with VisualContainer such as: Iginio De Luca, Silvia Camporesi and Mauro Folci (this latter presenting the premiere view of “Esodo”).