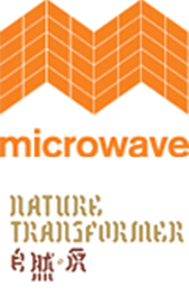 Memory and identity have been major issues in video-art investigation in the last decade of the 20th Century. Since the inception of the “new-economy”, “post-modern” and “virtual reality” era, artists have suffered from a lack of identification and placement within the world, having all the traditional assertions of gender, religion and biological property been cancelled, infringed or mixed-up.
Urged by the cyborg and bioengineering promises, during the late 90’s the electronic eye investigated the problem of giving an identity to objects and people within an unpredictable changeableness of roles and denominations, in most cases by simply shooting everyday life just as it was. At the beginning of Y2K era, challenged also by economy crises, terrorism and immigration flows in and out of mass participation, identity has still to be steadily and continuously looked for in ordinary life.
In the last ten years the global world has gotten used to most of the ever-shocking technological and biotechnological innovation: we all have learnt to face blurring biological boundaries on TV programs and to resort to “fluid” ways of existence and interrelationship thanks to the Internet and daily tech facilities. Apparently, we are more confident with our tools and with our new way of approaching ourselves and the others both physically and – more often – virtually.
Yet, something is missing, some part of our self-identification eventually lacks in the complicate puzzle of our (post) modern, contemporary construction. The video-art world has never dropped the urge for addressing such a topic and now calls for attention in an only apparently less anxious bunch of outcomes. By Giorgio Fedeli