Biography
Photographer, video artist based in Turin.
She’s work have been exihibited in various countries: Peru, Argentina, Chile, United States, Spain, Greece. She has participated at Biennale of Young Artists from Europe and the Mediterranean (Athens), Quotidiana (Padova), Turin Film Festival and many group exhibition in Italy. In the videos and photographs of Alessia Zuccarello, human figures or body fragments are incorporated in the timelessness of black space, surrounded by an area of shadow that hides the identity of the face, by focusing on simple and ordinary gestures, so rich in spirituality and emotion, symbol of every single moment of life lived.

You know: you were always
with me, first if all thought, 03'10" 2015
In collaboration with Alessandra Barilla (Azab) video performance for the project "finally I am not someone". The unbreakable bond between human beings and art

Ritual, 3:00 2014
The first of January, alone, with camera and tripod, I went to the mountains to perform a ritual that it wished to make peace with my past, that calmed the anxieties of the present and the anxieties of the future. I walked into the landscape and scattered the ashes, entrusting this my personal practice a new good start, which might depart feelings of insecurity, uncertainty and helplessness, to help me search for a psychic stability. It was the transition to a new dimension of the Self 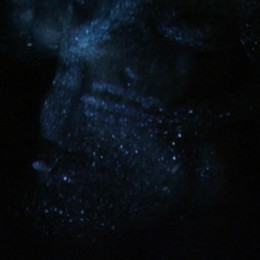 Milleuna, 07' 30'', 2012
From the darkness appears a galaxy of stars that is placed on a body which is evident in the growth of a life. 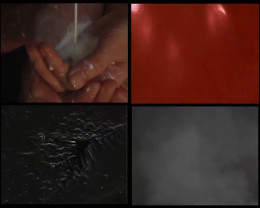 Emo, 8', 2009
The reaction of his body compared to symbolize the liquid; participation to the evolution of these same liquids generate. 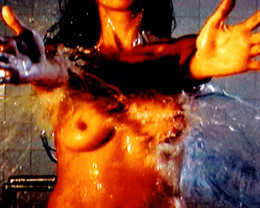 Return, 2' 10", 2006
"Return" is a reflection on catharsis: purifying ritual through which one gets rid of the impurities of the mind and returns to a state of original purity.