Biography
Anita Calà born August 6, 1971 in Rome, where he still lives and works. After graduating from high school art, he attended the Academy of fashion and costume. 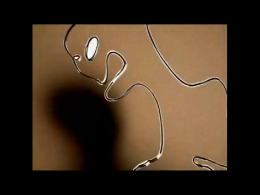 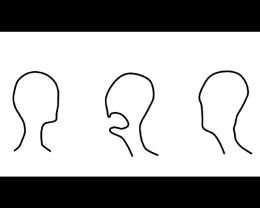 Anita C, 3'57", 2011
In less than four minutes, a face, was used as a mask mime, plays uncut and continuous shooting tuttte the emotions that each person experiences in a lifetime. The scan time is represented by the emotions that come from within and that show with the bodily expressions, as if the body was a puppet of the soul.

Sublime - 5' 36", 2010
This video was created with the intention of creating confusion in the viewer, despite its delicate appearance and effect playful and joyful, insidiously hidden subliminal messages very strong and violent.
But before he posts a view are only perceived by the brain, as the video is concerned more times you begin to notice more and more.
Curiosity drives us to look for them, and the more I became curious and more the message is danger in us subtly.
Even the sound was produced by the same principle. 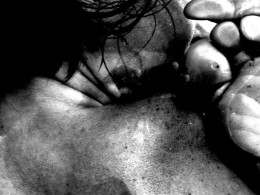