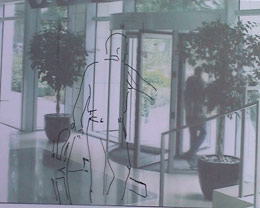 Prescription, 4'40",2010
After a reflection on the novel by Daniel Defoe in my interpretation more inclined psychoanalytic interpretation emerges from a Robinson Crusoe who gets lost in itself 'itself and emerges from the wreckage of the feelings after a methodical rebuilding trust in himself. The result is a comparison with the contemporary man who is attracted to the trip is constantly surrounded by visual horizons similar but incomplete and unable to provide confirmations not only emotional. 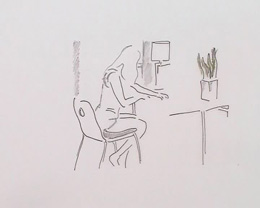 Domestic parkour, 04' 32", 2007
Supported by a narrative array where the real world combines with evocative animation, this work enthrals from the very beginning with an appealing resolving of visual associations and complementary soundtrack. In the end, after pleasing the senses with a development which traps with no possible escape, the video does bring along a time for reflection about very open interpretations on the meaning of the characters, their stories and settings. 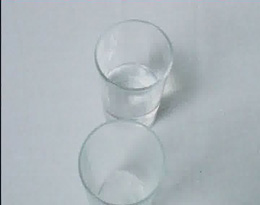 H2O, 03' 49", 2005
Alternation of animation drawings and real images depict a narrative in which the precious natural element is the protagonist of the title, examined and described by a biologist or a similar figure to the microscope. 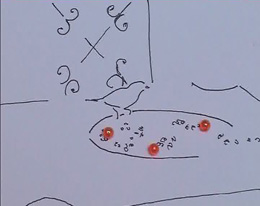 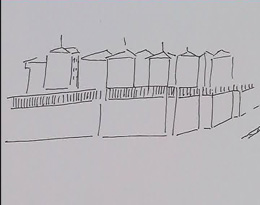 Indoor sowing, 04' 32", 2004
This video wants to call attention to the beauty of the vegetable kingdom which gladdens our city lives in cages of concrete and buildings. Halfway environmental needs and the “feeling” of the world from a feminine intuition, this work can enthral with its contrast between city’s rigid, colourless features and several flora interventions, which brightens up the narration with winning colours, both natural and more often drawn, thus allowing a fairy feeling also within domestic cares. 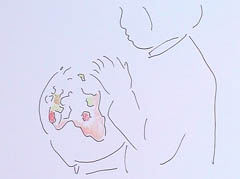 From here to there, 6'00", 2004
In a landscape of signs and clues are not reassuring, one imagines search for references at least spatial / topographical imagined the journey beyond the borders of land is offered as an alternative horizon and place of awareness of human limitations. 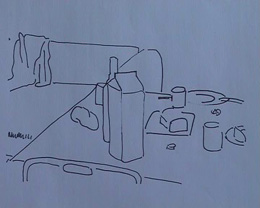 C'é nessuno, 04' 37", 2002
A travel shot through rooms and corridors inhabited by lost and distressed characters, possibly looking for other people to fill the loneliness and emptiness of the interiors they’re in.
Visualcontainer © 2008-2021
All contents are copyrighted to their respective owners.