Biography
Live and works in Milan (b. 1977)
Graduated at Brera Fine Art Academy of Milan on 2001
She's a multimedia artist interested in photography and videoart. She focused on visual and technological's "gaps", on aberrations who distorting our perception of reality. She has taken part in important videoart exhibitions, festivals, contests and curatorial projects in italy and abroad. Realized solo exhibitions in Italy and Bulgaria.
Actually she is the co-founder and project manager of Visualcontainer and director of VisualcontainerTV since 2010, also she is the director of [.box] videoart project space in Milan

Blindfold, 1'00", 2011
A video about consciousness awakening told as visible braille language: To be or not to be.. To see or not to see.. 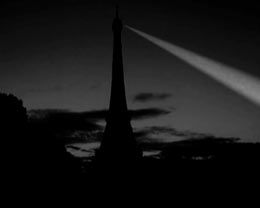 Earth 2010, 3:14, 2010
In Earth instead there was a post-atomic landscape, where technology is used to spy and science no longer controls its side effects and disastrous, where the media overexposure of the individual becomes an instrument of control and filing. Where nature is partly survived, and lost his energy. Where everything is motionless.
What is returned is an image of a dying planet, and humanity looks down this disturbing scenario projected into the unknown, into the dark space, fascinated by this new technological Faith. 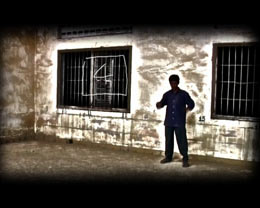 Play, 0:55, 2009
This video investigates the human conditions, contradictions and unawareness.
It can be approached according to several interpretations At a first look, we meet a man gesticulating in an empty space, as if involved in a game, while a background of singing children can be heard.
In fact, we are facing a fomer khmer rouge who is re-acting the very same gestures he used to do in the jail where he was working in his youth.
The sound we’re listening to is just the march of war usually sang by the children after being drilled to kill in the Cambodian fields.
A parallel does arise between the children’s games and the actual childhood of the ex khmer rouge which was spent on committing the most heinous crimes with no consciousness at all.
The pictorial image of the video is a tribute to one of the few survivors, who was a painter at the time and is now showing what was happening inside the killing fields of Phon Phen now a Museum during the Pol Pot age. 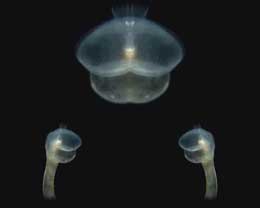 Save ours Souls, 02' 46", 2008
The opening main figure is a reminder of the 3-character study at the basis of Bacon’s crucifixion.
Among these waiting forms enter a superior being which then gives way to a series of events. This video can be read from several approaches and it shows a metaphor of human life, both lay and religious, that eventually ends up with a storming sea….an held over final scene foreshadowing a new cyclic beginning.. 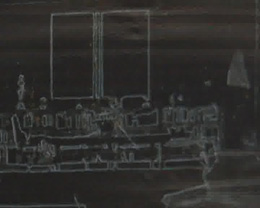 White Noise, 01' 26", 2007
The proprieties of vision become here an exercise of voluntary focusing. A visual continuum where the “beyond aspect” of vision is at work, an objectification of subliminal messages. The interstices of vision eventually set the new subject and a new language.
White Noise is a project about visual interference and fragmentation, where video and audio elements are strictly connected to involve the viewer in a visual experience ending up with an alignment.
A mental and objective alignment. 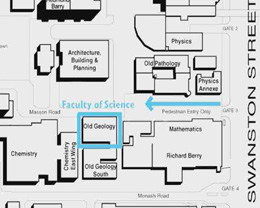 S.O.S., 01' 28", 2004
This video is the visual translation of the meaning of the Morse code acronym s.o.s (save our souls), by alternating images of human conquests with others relevant to the childhood world.
Stations orbiting as children’s games, suspended in the universe. 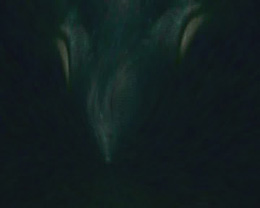 Talking head #0, 03' 49", 2004
Last video of the series Talking head, is the conclusion of a series of media icons. Tthis last head is composed by a background noise of amniotic fluid, evolving itself and disappear . 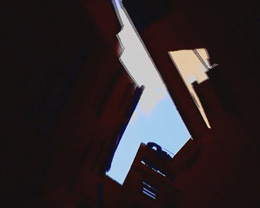 One shot, 00' 42", 2003
This video was created by a feeling of anxiety and insecurity, a lack of certainty. We are all at the mercy of fate. The video opens with the silhouette of a gun that rotates on itself, just like the game appealed to the cowboy. Similarly fate plays with our destiny, with our lives, very lightly. The shape of the gun is nothing as the shape of the sky cropped from the buildings. There is no more shelter, even from the sky. 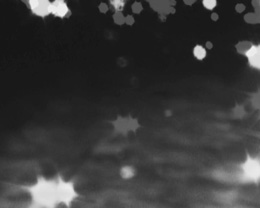 Stars, 05' 17", 2003
In this project, we are at the presence of a starry sky with blinking stars, but such relaxing scenery and any positive attitute towards a future by the stairlight evolve into a catastrophic event.
This video could represent several metaphors, one of which is the decay of any dream or prospective design, everything happens by chance. Stars fall upon us and little by little the sky is collapsing…getting us hypnotized by a psychedelic and disorientating effect. 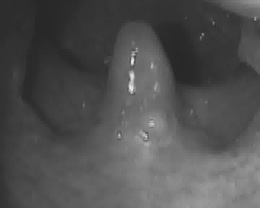 Talking head #4, 01' 31", 2003
Talking head # 4 shows uvula, as "the child who speaks inside my head," an outgrowth of the body which is its own inner voice. The audio has been taken up and replaced by Shining.
In this case the inability communicative is attributed to a mental segregation. 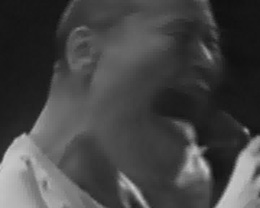 Talking head #3, 01' 12", 2003
In “Talkinghead #3” a phrase is being obsessively and urgently repeated, as if it were to get into a physical state in order to exorcize what is stating. The head swells and gets disfigured, and seems to be willing to expell something not of its own. This is a most fatiguing performance ending up with a feeling of inability and inadequacy. 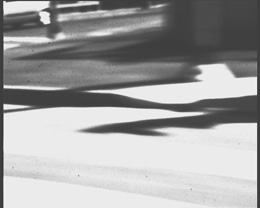 Light headed, 03' 20", 2002
Light headed means: dazed, confused. The word “light” also refers to the luminous waves. The leading thread of these works is the overturning of perception and communication. 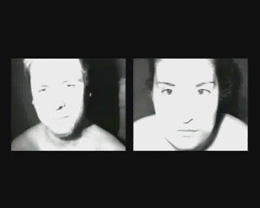 Talkinghead #1 #2, 02' 12", 2001
Talking Head # 1 - # 2, is a double screen video installation, where two opposites, playing in a communication error, confusing the viewer that lies between the two heads. The stereotype of the typical fixity of the icons is highlighted by the obsessive repetition as a communicative error multiplied indefinitely. 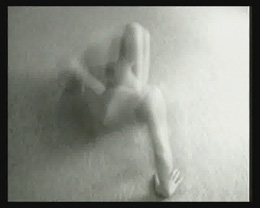 Corpo I.C.K., 03' 48", 2000
A body writhing to the rhythm of his heartbeat in a continually changing. In apnea is transformed and then remove the space to stop and start breathing, in a continuous beginning. Made with still photographic series "Corpo Ick"