Biography
Born in Milan, Italy where she lives and works. She graduated at Fine Arts Academy of Brera in Milan. Since 2002 she has produced short videos that have been screened internationally in public spaces, art galleries and video festivals. Her work is connected to art history through classical genres of landscape and still life in a non-descriptive way, based on experience, metaphors and irony.

STILL ALIVE #4, 01'40", 2012
A bunch of grapes changes its appearance just with changes of light; improbable vibrations defeat the rule of immobility of "still life", suggesting a sense of anxious waiting. 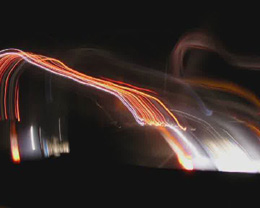 Night&day, 04' 01", 2008
Nocturnal images of lights on the road, as an abstract composition opposed to the constant flowing of daytime, relate the night time and the day time in their inevitable and constant turning of night into day. 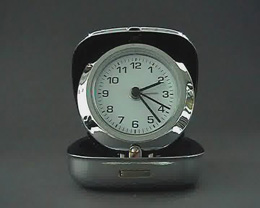 59 seconds, 01' 00", 2006
The video is part of the "59 Seconds" by Irina Danilova. Time is only a convention, often the mental time does not match with the real time, so sometimes goes slower, sometimes faster, sometimes you would like to bring you back, but the sound of the alarm clock reminds the measure of objective time. 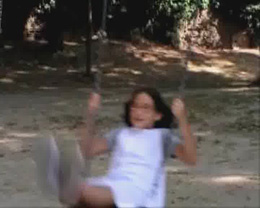 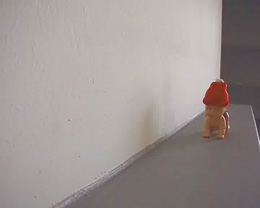 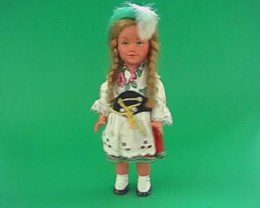 Mazurca, 02' 57", 2003
A wind-up doll turns on itself to the rhythm of a mazurka, and whereas dance seems to be always equal and undisturbed, the music accompanies its falls. 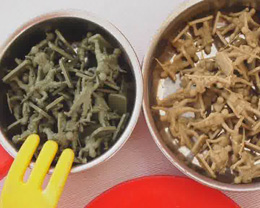 Ore 13, 02' 36", 2002/2006
It is lunchtime, a doll, smiling politely, is going to eat its lunch which consists of little toy soldiers. Metaphor of war? Not only; it’s is the‘Inevitable Fate’ that lightly hangs over who feel strong and fighting. 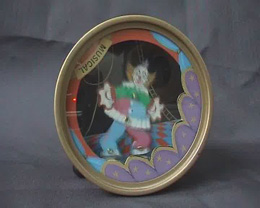 Can can, 01' 49", 2002
A musical box, as a symbol of childhood cheerfulness, is hammered until stop playing and is totally destroyed. Everythig happens while Mozart Don Giovanni music is playing as a call for pity. 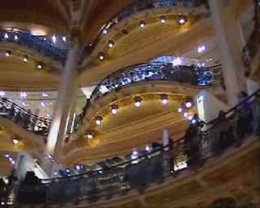 Valzer, 02' 17", 2002
They turn the clothes into the washing machine, turn the children into the carousel, turn the sights, everything turns into a waltz.
Visualcontainer © 2008-2023
All contents are copyrighted to their respective owners.